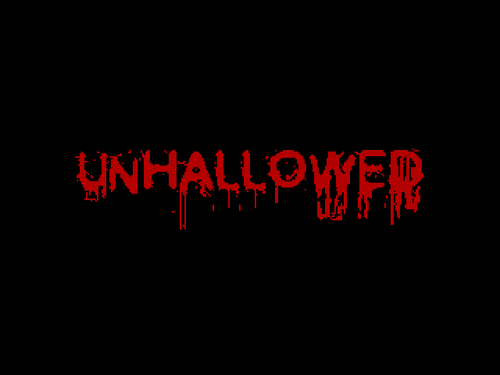 Two years ago I decided it would be fun to write a Halloween mini-adventure with PAW – something short but text-heavy, with a small play area. I also thought it would be fun to experiment with ditching a lot of the old text adventure tropes – compass directions, limited inventories, instant deaths and, most importantly, the large ‘guess which word I want you to use’ dictionary.

Taking my cues from the old LucasArts graphic adventures I aimed to produce a game which used just a handful of verbs to solve every problem in the game. It would highlight items of interest so that you always knew what you could interact with. It wouldn’t kill you – at all. But it would still be an adventure, requiring the same puzzle-solving skills you always needed back in the olden days.

As usual, I overstretched. The ‘mini’ project grew and expanded beyond what I’d originally intended, meaning I ran out of time for the Halloween release and ultimately shelved the entire thing. Instead I went on to learn Z80 and write a Game Jam-winning strategy game in Spectrum BASIC (seriously) and the adventure was lost to the dusty corners of my hard drive.

Fast forward 18 months and 8-bit text adventures suddenly seemed to be having something of a mini renaissance. The 2018 Crash Annual had a brilliant text adventure section; Stefan Vogt released Hibernated 1 to great acclaim and worked with Gilsoft’s Tim Gilberts to recover the ‘lost’ adventure system, DAAD; Mark Hardisty released The Big Sleaze 2.5 and published four issues of The Classic Adventurer; Chris Ainsley created the amazing Adventuron, a PAW-like adventure creation system for modern web browsers; and even John Wilson and Zenobi Software started publishing games again. Adventures were back!

My thoughts returned to my abandoned project and I started tinkering with it again, but not seriously. Then in September I suddenly decided to try and finish it off… before Halloween. On top of that, I was approached by Chris Ainsley who thought the game might be a cool fit for porting to Adventuron. I thought so too, so that also went on the to-do list! Two months seemed both a tight deadline and probably achievable; as it turns out I was right on both counts – I got there, but man was it hard work!

What you see here is practically a complete rewrite of what I had at the start of September apart from the opening two or three locations. It’s both a text adventure and a short story, more akin to modern interactive fiction than the classic 8-bit adventures of the ‘80s, but (hopefully) not losing that nostalgic ‘feel’. It’s very text-heavy, so I hope you’re prepared for a lot of reading, but I really wanted to create something that was more like a story, with far greater detail than you would usually see in an 8-bit adventure. I hope it’s also well-written; it’s hard for me to tell given that I’ve basically lived it for the last two months.

Similarly I hope the changes I’ve made to the classic text adventure gameplay have proven successful and that I can attract some players who usually wouldn’t go for a text-based game. And also that I haven’t driven away too many classic adventure fans!

But most of all I hope you enjoy the game. Do let me know via Twitter if you liked it, or even if you didn’t (but please be gentle).

A spooky short story/adventure game for the ZX Spectrum, Commodore 64 and Plus/4, Amstrad CPC, and modern web browsers